Given current economic conditions, each decision has a major impact on having a positive return for the season, and it all starts with rice cultivar selection. While minimizing risk, we also need to maximize our profit potential. Plant several different cultivars with different benefits where they have the best chance of succeeding on your farm. And hope for some luck.

Fields planted during our earlier window are historically our best yielding rice, but not in 2015. Some of the worst fields were planted during April and some of our best rice was planted in May last year. Don’t expect that to happen again and continue to attempt planting early.

It’s best not to put too much stock in a single observation, such as the abnormal results of 2015, when making decisions for the next season. Anything can happen in one year, but to be successful and profitable over time, we need to consider multiple years. For multi-year performance trial results, visit http://www.arkansasvarietytesting.com/home/rice.

Averaged across the past three seasons, RiceTec hybrid XL753 has had the highest grain yield. Among conventional long-grain varieties, Roy J, LaKast, Taggart and Mermentau have performed well. The yield decline experienced in 2015 compared to 2013-2014 was similar across all cultivars, resulting in a similar decline in profitability. XL753 and Roy J were the most widely planted conventional long-grain cultivars in 2015.

Although LaKast acreage increased in the first year of wide availability, the difficult year leaves many with questions. But research indicates it is still one of the strongest varieties available.

Mermentau acreage declined last year and had a second consecutive year of variable results, which may lead to a further acreage drop-off. Taggart remains a reliable option with a good disease package but continues to be planted on only a limited number of acres.

Several Clearfield long-grain cultivars continue to perform similarly each year, including RiceTec CL XL729, RiceTec CL XL745 and CL151. CL111 has not had the same success, but its early maturity continues to work well for many growers.

CL163 appears to have potential in only two years of evaluation and at a number of locations performed similarly to CL151. Another Clearfield line available this year is CL172. It has a good disease package and standability but will need further evaluation.

Medium-grain cultivars Jupiter and Caffey have performed extremely well, and Jupiter continues to dominate medium-grain acreage. CL271 is a Clearfield line that shows promise for medium-grain growers who would benefit from the herbicide technology. However, it will be phased out after this year.

In California, most farmers grow medium-grain varieties. The commercially available medium Calrose rice varieties have been selected to meet the high quality and yield standards for California.
In fact in 2015, California Calrose varieties were named best in the world in terms of flavor and texture at the seventh annual World Rice Conference in Kuala Lumpur, Malaysia. Varietal selection is one of the first and most important decisions a rice grower will need to make each year.

Very early varieties (and M-206) are commonly grown in cooler areas and used for late plantings. Cooler areas are those south of Highway 20 and that include the Sacramento Delta region — perhaps the coolest area where rice is grown.

Commercial seed production of M-209 was initiated in 2015, and seed availability for 2016 planting will be limited. Importantly, many of these newer varieties can be safely harvested at lower grain moisture content than the last generation, such as M-202, which ensures higher grain quality and may reduce drying costs and allow for greater harvest flexibility.

Have fields ready and be prepared to plant 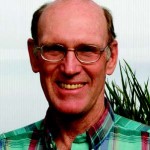 Variety selection is the first thing you should think about when planning your 2016 crop. I’ve heard it said that about 50 percent of final yield is based on variety and 50 percent is based on production practices. This doesn’t take into account atypical weather like we had in 2015. I hope we don’t have a repeat of 2015, but El Niño may lead to another wet year in 2016 for the Texas Rice Belt.

In anticipation of another wet, cool year, have your seedbed ready to go to allow you to plant early. You may only have a few good days of decent weather in which to plant. If you are not prepared, you could be out of pocket for a week or more.

Early planting seems to be a key to high yields in Southeast Texas. It allows you to ratoon crop, which is becoming more common and important in Texas. If you plan on planting early, treat your seed with a fungicide and consider using an insecticidal seed treatment.

As you well know, variety selection (as well as all other inputs) is not made in a vacuum. Basically, you should select a variety or varieties you are familiar and comfortable with. If you want to try a new variety, don’t plant it on all your acreage. Ease into it and if you like the results, gradually increase acreage over time.

Talk to your neighbors to see what works for them. Contact Extension specialists and/or university rice breeders. Attend Extension meetings and contact seed reps. Above all, make your decision based on facts and data — not on feelings or hearsay.

The following are data taken from the 2015 Texas main crop as reported in the Texas Rice Crop Survey. These yields are relatively low due to atypical weather in 2015. Ratoon yields have not yet been reported in the Texas Rice Crop Survey, but I’ve heard from some crop consultants that Texas ratoon yields were very good on the whole.
In last month’s article, I made a mistake. Texas rice acreage in 2015 was about 130,000 — not 103,000. I apologize for my error.

Missouri farmers are in the process of choosing what rice varieties to plant this season and trying to find the most profitable one for their land. Some will choose hybrids for higher yield potential and a better disease resistance package. Some want the Clearfield trait, while others want less expensive seed so they can use higher seeding rates.

Sometimes quality will prevail over yield, so they may choose a better grading variety. On heavy clay soils, we often times need an early variety just to manage it through the season. And for row rice, we’re seeking blast resistance.

About 60 percent of Missouri farmers are estimated to plant hybrid and Clearfield rice. CL XL745, XL753, CL151 and CL111 lead the charge. Most of the state’s farmers are concentrating on quality equal to yield.

Of total production, about 95 percent is long-grain, with 3 to 5 percent medium-grain. One of the new releases from the Missouri Rice Council is MM14, a mid-season medium-grain with excellent yield potential. 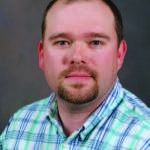 Do Homework Before Choosing Varieties

As we put an end to the 2015 growing season, one of the first and if not the most important decisions for the 2016 production season is cultivar selection and how to place those on the different soils and farms within a producer’s base of operations. There are numerous considerations to make when selecting a variety, with the first being between Clearfield and conventional varieties.

This would be closely followed by the question: Do I plant a hybrid or inbred? Luckily, each state conducts multiple variety trials at various locations to aid producers in making those decisions.

Both conventional hybrid entries, XL753 and XL760, produced 275 and 270 bushels per acre, respectively. The blast issues encountered in 2014 and 2015 should not be a deterrent to conventional varieties. Over the past several years, many conventional long-grain varieties have performed exceptionally well in Mississippi, with most being rated susceptible to blast.

If red rice is an issue and a Clearfield variety is needed, it’s hard to beat CL151 (230 bushels per acre). All other long-grain Clearfield inbred entries produced similar yields compared to state averages across locations but were slightly less than CL151.

Keep in mind that incidence of ALS-resistant barnyardgrass and rice flatsedge has increased in Mississippi, and stewardship is of utmost importance to keep this technology viable in the future.

This leads me to the last cultivar, a new Clearfield long-grain release — CL163. It was developed by Mississippi State University and offers a “Newrex” cook type. This variety has an amylose content of 26 percent compared to the 20 percent of current long-grains, making it ideal for parboiling, canning, food service and package rice.

It is semi-dwarf, early maturing and has good straw strength. Like most conventional university bred cultivars, CL163 is susceptible to blast. Early reports in seed rice fields and data from variety-nitrogen trials suggest that CL163 will be a good variety for Mississippi producers to consider in the future. 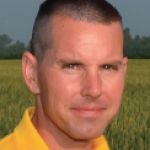 Each year, rice scientists meet at the H. Rouse Caffey Rice Research Station to discuss the previous year’s rice variety research and make decisions on which varieties to recommend for the coming year. This information is compiled in the “Rice Varieties and Management Tips” publication. The 2016 publication is still in press, but it will be available soon at parish Extension offices and at LSU AgCenter.

In 2016, five conventional long-grains will be recommended — Catahoula, Cheniere, Cocodrie, Mermentau and Roy J. The first four have semi-dwarf plant types and are similar in maturity. These four typically average between 35-38 inches in height at maturity and range from 120-125 days from emergence to harvest maturity with a March to mid-April planting date.

Roy J is a conventional-height variety released from Arkansas. It averages about 4-5 inches taller than the semi-dwarfs and is four to five days later in maturity. All of these varieties have good yield potential and milling quality. In addition, they all have shown good potential to produce a ratoon (second) crop.

Two conventional medium-grain varieties are recommended this year. Caffey and Jupiter are both short-stature lines averaging 34-38 inches in height at maturity. Both varieties have excellent yield potential and good milling quality.

There are three Clearfield long-grains recommended for production this year — CL111, CL151 and CL152. CL111 was the most widely grown rice variety in Louisiana in 2015.
Of the three, CL151 has historically shown the highest yield potential, followed by CL111 and CL152. CL151 is very susceptible to blast and should only be grown when a fungicide is used. CL111 and CL152 consistently have shown superior grain quality compared to CL151. All three lines have very good ratoon crop potential.

Hybrid rice lines have been re-inserted into our trials at the Rice Station and across the state for the past three years. Only rice lines that have three or more years in our testing program can make the recommended list.

The art of irrigation begins now