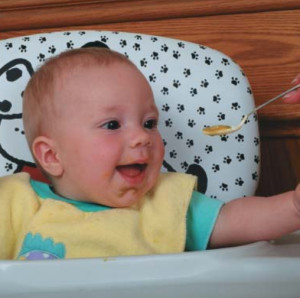 The Food and Drug Administration is moving forward with new standards for levels of inorganic arsenic in infant rice cereals.

In what the agency calls a draft guidance to the industry, it is proposing a threshold of 100 parts per billion of inorganic arsenic.

This parallels levels already set by the European Commission that govern the rice from which the cereal is made. The FDA action, on the other hand, focuses only on the amount of inorganic arsenic in the processed cereal.

FDA testing found that most infant rice cereal currently on the market either meets, or is close to, the proposed limit.

The agency bases its announcement on the findings from 76 samples of rice cereals for infants purchased at retail outlets in 2014. Of those, 47 percent met the agency’s proposed limits of 100 ppb and 78 percent were at or below 110 ppb.

The agency compared those findings to samples of 400 other non-rice foods, all of which were below the 100 ppb threshold.

In making the announcement, the agency recommended that parents vary the grains they feed their infants. This mirrors recommendations made by the U.S. Department of Agriculture’s Women, Infants and Children’s program.

Published studies have shown that cooking rice in 6 to 10 parts of water to 1 part rice, then draining the excess water, can reduce the inorganic arsenic content by 40 to 60 percent, depending on the type of rice, according to the FDA. At the same time, this cooking method removes some key nutrients.

Exposing infants and pregnant women to inorganic arsenic can decrease a child’s performance in certain developmental tests, according to the FDA

Arsenic is a naturally occurring element in the Earth’s crust and is present in water, air and soil. It occurs in two forms: organic and inorganic. Of the two, inorganic is considered more toxic when eaten.

Rice has higher levels of inorganic arsenic than other foods, partly because as rice grows, the plant and grain tend to absorb arsenic from the environment more than other crops. Research being conducted at Southeast Missouri State University has found that row rice—rice grown using furrow irrigation—has significantly less inorganic arsenic than rice grown under permanent flood.

The FDA plans to publish the proposed standards in the Federal Registry shortly, and the public will have 90 days to comment on them.