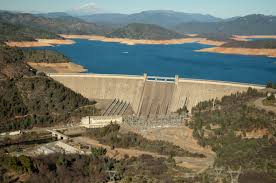 The bureau plans to deliver 100 percent of contract amounts to agricultural, municipal and industrial, and settlement contractors north of the Delta. The CVP supplies a large portion—but not all—of the water used to produce rice in Northern California. Nearly all of the state’s rice is grown in a region north of Sacramento.

Many producers of other crops elsewhere weren’t as lucky as the bureau said it plans to deliver only 5 percent to agricultural water service contractors south of the Delta. This includes producers in the Westlands Water District west of Fresno. Municipal and industrial users south of the Delta will receive 55 percent of contract amounts.

Wildlife refuges both north and south of the Delta also will receive 100 percent of contract supplies.

Contractors that receive water from Millerton Reservoir and the Friant Division near Fresno will receive 30 percent of Class 1 supplies. 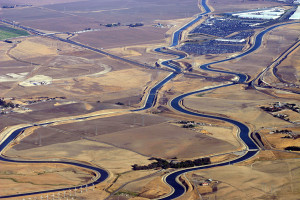 California Farm Bureau President Paul Wenger referred to concerns expressed by many water managers during the winter about the amount of water released from reservoirs during storms. As much as 300,000 acre-feet per day flowed into the Delta. An acre-foot, about 326,000 gallons of water, will meet the annual water needs of a family of four to five, according to the California Department of Water Resources.

“We’ll never know how much water might have been available this summer, if we had captured more of the water that flowed to sea at the height of the El Niño storm surges,” Wenger said in a news release. “That lost opportunity will haunt rural California throughout the summer.”

Wenger noted that farmers continue to squeeze more crop production from every gallon of water, but that the same efficiency standards aren’t required for water dedicated to fishery uses.

On April 1, CVP reservoirs had 85 percent of average storage. In San Luis, the federal share was 53 percent. The bureau blamed dry conditions during the 2015 fall for hampering filling of San Luis.

Water from Northern California is pumped across the Delta and stored in San Luis until users south of the Delta need it. It is then conveyed down the California Aqueduct.

In addition to dry conditions, the bureau also must meet several endangered species requirements that frequently prevent it from pumping water at full volumes.

If one or more of several protected fish species are near the large pumps near Tracy, Calif., the bureau must throttle back the pumps, greatly reducing water movement.

The bureau will continue to monitor water supplies and could make additional deliveries, should conditions warrant it.