This market situation deserves attention for supply potential and ability to set prices. 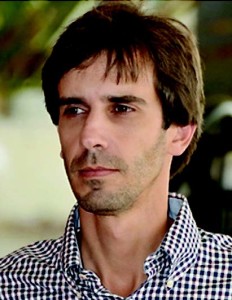 Commercial Flow Status
Representing slightly more than three percent of the global production may look insignificant, but it is the biggest source of supply outside the Asian continent. More than its importance in size, the share of the Mercosur countries in the international
market deserves attention for its supply potential and ability to set prices.

The commercial flow within the bloc continues intense, but an increase of sales to the foreign market outside Mercosur is evident. Argentina and Uruguay, which historically used to supply almost exclusively the Brazilian market, began to prospect new markets and now some of their major clients are located in the Middle East and Central America.

Brazilian Exports
Brazil, after becoming self-sufficient, began to increase its exports, where the main destinations are African and Central American countries. Paraguay, taking advantage of unparalleled production conditions (water, soil, climate and well trained producers), has been steadily expanding its crop and is now shipping approximately half a million tons to the Brazilian market, with a strong competitive edge compared to the local product.

Just like this year, the next commercial year should be marked by rice supplies extremely adjusted to demand in Mercosur. The high production costs, as well as some unexpected climate adversities, were a factor that prevented the main rice-producing
countries from achieving production potentials. Internally, prices are supposed to continue showing a stable trend.

In Brazil, the average price of a bag of paddy rice in the main producing region has soared 11 percent since the beginning of the commercial year (March 2013). The expectation is for the crop to keep its present value, although it is necessary to consider
that this price is very close to its top price limit.

Factors Affecting Rice Prices
Currently, the main price-limiting factor in the Brazilian domestic market has to do with the commercial relation between the rice milling industries and the retail networks, which are beginning to resist absorbing new price increases.

On the other hand, the soaring value of the dollar is playing a fundamental role in
the assurance of the competitive edge of Brazilian rice in the foreign marketplace. Since the beginning of the commercial year, in spite of the higher value of the cereal in local currency (Real), the price of the product experienced a reduction of three percent in dollar terms, thanks to the 14-percent higher value of the North American currency compared to the Real.

With minimal chances for a government intervention, in light of an extremely reduced public stock, the trend is for the exchange rate to dictate the price of rice in the Brazilian market. Higher values in the domestic market are supposed to keep pace
with compensations via increases in exchange rates. With restrained internal
demand and resistance to any higher prices, the price potential will depend on the maintenance of Brazil’s competitive edge in the foreign market.