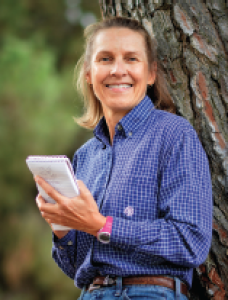 In the National Football League, statisticians, spotters and officials use flip cards to keep track of players, their numbers, their positions and starting line-ups.

But it’s common for different players to start the game than were originally noted. Some changes are due to last-minute health issues, but other decisions were made to try to trip up opponents.

Then there’s the fine art of play calling. Send your running back rushing up the middle repeatedly, and the other team gets wise. Teams have even been known to fake punts or field goals, with kickers or punters rushing or passing the ball to try to surprise opponents.

Managing weeds in rice also takes astute play calling — you need to have varied offensive and defensive plans if you expect to win. And it’s becoming more difficult as weeds have grown resistant to not just one mode of action but in some cases several modes of action.

But new draft options are on the horizon. Dow AgroSciences hopes to launch Loyant herbicide with Rinskor active in 2017 or early 2018, Environmental Protection Agency willing. Rinskor is a new arylpicolinate herbicide that belongs to Group O. It offers broad-spectrum control of several key broadleaf and grassy weeds, including herbicide-resistant barnyardgrass and rice flatsedge.

BASF also hopes to launch the Provisia rice system in the next couple of years. Much like the Clearfield system, Provisia rice has been bred by the Louisiana State University AgCenter using traditional techniques to withstand over-the-top herbicide applications. In this case, it is tolerant to Provisia — or quizalofop — an ACCase or Group A herbicide not yet registered.

Because it uses a different mode of action, Provisia controls weedy red rice that has become tolerant to ALS herbicides, including imazethapyr.

But unlike imazethapyr used in the Clearfield system, Provisia will not have soil activity and is not designed to be used as a stand-alone. In addition, it isn’t as forgiving as imazethapyr, and coverage and timing will be key. Provisia is meant to be part of a season-long system, and product stewardship will be paramount to maintain system viability.

With these new players becoming available in the draft shortly, it may be time to re-examine your flip card and mull your future starting line-ups.