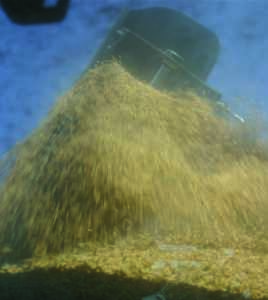 While there is always a chance of a few surprises, it appears that 2014 was a good production year with aboveaverage yields and good to very good quality being reported. Now the focus will be on finding enough demand for rice supplies that are estimated at nearly 10 percent higher than the previous year.

Based on USDA’s October 2014 supply and demand estimates, demand is expected to increase by seven percent for the 2014/15 marketing year. While positive, this increase isn’t expected to be enough to keep ending stocks from experiencing a sharp increase – nearly nine million hundredweights (cwts), a 27 percent increase from last year and five percent above the five-year average.

While domestic rice usage and total rice exports are expected to increase during the 2014/15 marketing year, the slow start to export sales has placed a cloud over the market. The reported good quality of the 2014 crop and the current lower prices should help continue to support domestic demand.

The struggle with demand has been in the export market. To this point, total rice exports are down 13 percent from a year ago. With exports for the 2014/15 marketing year expected to be up by 10 percent, this market will need to see a significant improvement in export business moving forward to meet those expectations. And while it is still very early in the marketing year, the slow start is concerning. This is especially true for longgrain milled rice exports, which are currently running 27 percent behind last year’s pace. Without some improvement in export business, there seems little to entice mills from moving from current price levels.

A good quality crop, lower prices and reduced production in major rice-exporting countries all provide hope that exports will strengthen as we continue to move through the 2014/15 marketing year. Prices for long-grain rice in south Louisiana have fallen from pre-harvest levels around $21/barrel ($12.96/cwt) to around $20/barrel ($12.35/cwt).

While downside risk for prices seems limited, it may not be until after the first of the year before the market experiences enough demand improvement to warrant higher prices. For prices to make a significant move above that level will likely take some better than expected export numbers. Without that, the next best chance to see higher prices may be as a result of lower planted acreage in 2015, particularly in rice production regions with multiple crop planting options.