Medium grains Titan and Jupiter each has pros and cons

Based on head-to-head comparison, the yield potential is virtually identical (Figure 1) when looking at Producer Rice Evaluation Program (PREP) small-plot trials in 2017-2018. Titan gets the slight nod over Jupiter mainly due to early maturity.

Titan heads 5-plus days before Jupiter and can be ready for harvest 10 days earlier. There’s a lot to like about that. However, that earliness can create some issues. 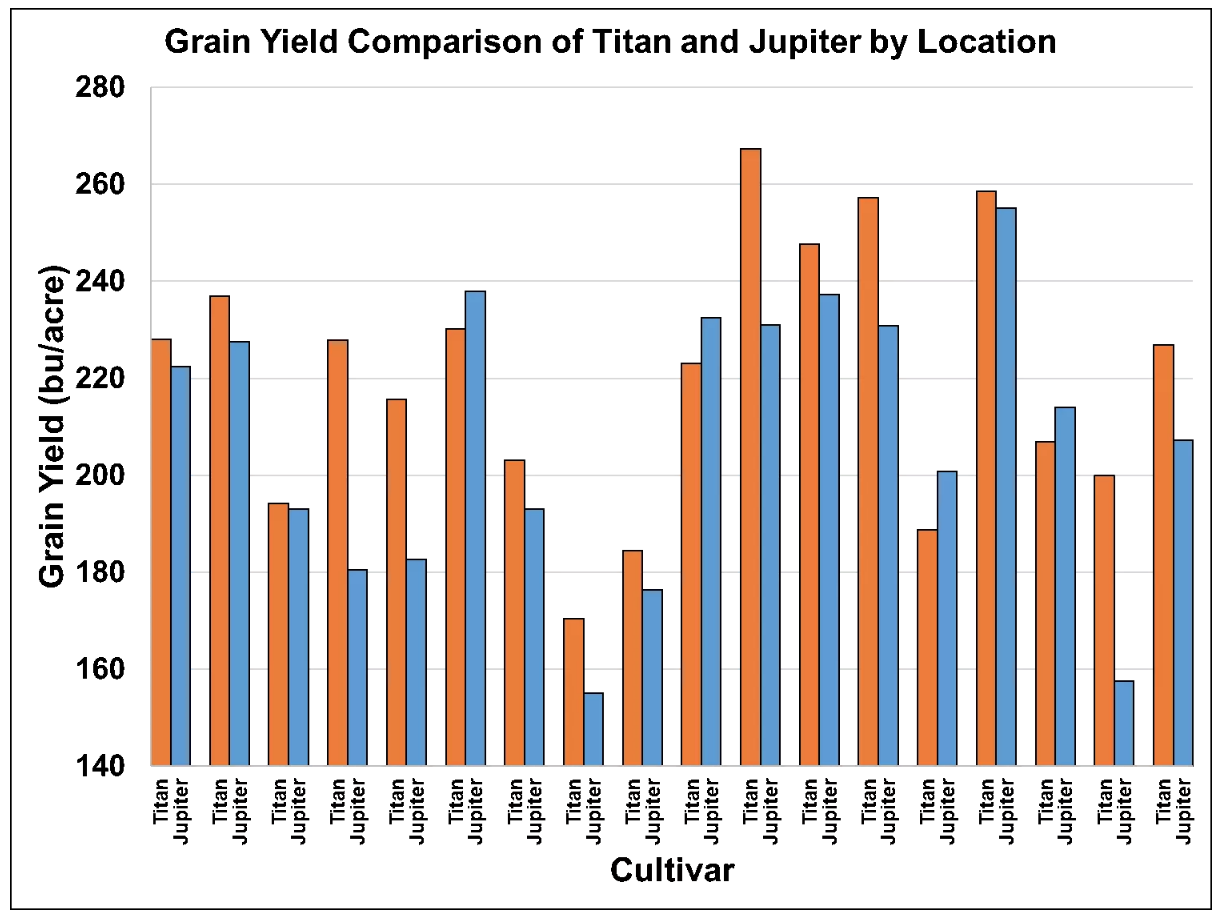 Titan is much earlier to reach the end of the preflood nitrogen window, meaning you have less time to fertilize and flood before you start losing yield potential. Titan hits the mark at 800 DD50 units, Jupiter at 900 DD50 units. This makes for a 4-5 day difference in final N timing.

The other potential pitfall is harvest. While Jupiter has a tendency to hold moisture and take a long time to dry down, Titan matures out quickly. So Titan will not wait on you at harvest time. If a medium grain is allowed to fall below 16 percent grain moisture in the field, you can bank on the head rice yields falling off (Figure 2).

As long as they’re harvested above that mark, then the milling is the same. 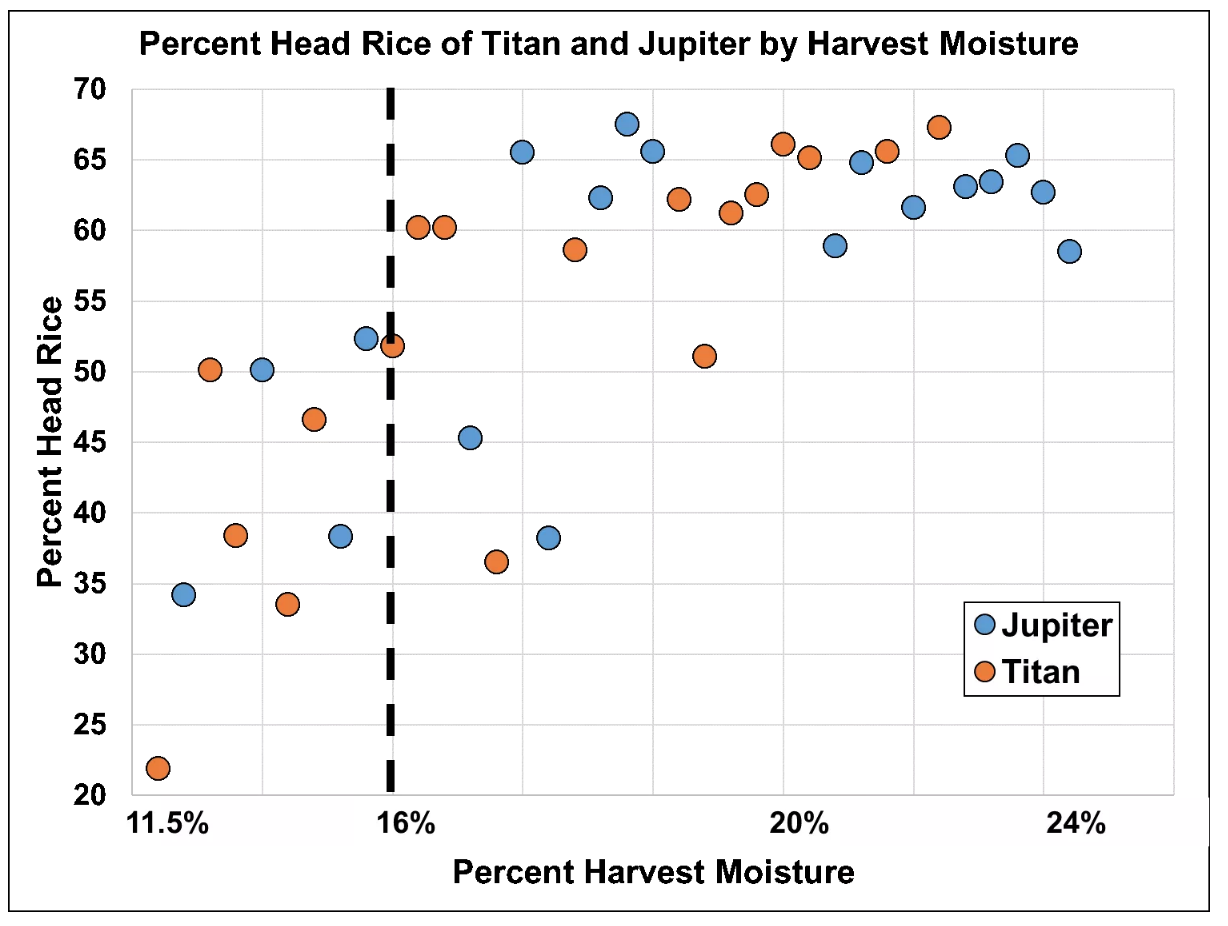 At this time Titan and Jupiter are both recommended medium-grain options, but should be managed appropriately based on nitrogen timing and harvest efficiency. They have very similar disease packages with Jupiter slightly better against bacterial panicle blight, but similar ratings for blast and sheath blight.

Choose the mix that works for your management style and ability to harvest on time. It’s also advisable to know where you’re going with a particular medium-grain variety before you ever plant it.

Dr. Jarrod Hardke is the University of Arkansas rice Extension agronomist. He may be reached at jhardke@uaex.edu