Ag policy, technology and breeding have helped shape the Louisiana rice industry during the past five decades. 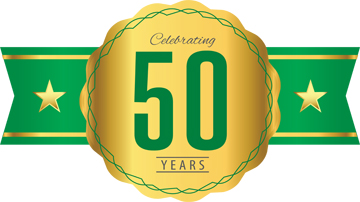 Growing rice in Louisiana and the LSU Rice Research Station figured prominently in Rice Farming magazine 50 years ago, just as it does now.

McCown grew two medium-grain varieties, Saturn, released by LSU in 1964, and Nato, a 1956 release by LSU. Medium-grain rice dominated Louisiana acreage in the 1960s, but long-grain varieties have since been the choice of most farmers.

From that point, medium-grain no longer had a yield advantage, and a changing market made growing long-grain rice more attractive, Linscombe says.

The Rice Farming article says McCown started harvesting his crop in August, averaging 10 acres a day. “With the help of his neighbors, he finished the job in about 45 days.”

McCown had a ratoon crop of 5 barrels—or 810 pounds—per acre, bringing his total average yield for 1966 to 42 barrels, or 6,800 pounds. These days, a second-crop yield of more than 20 barrels is  common. And in the exceptional year of 2015, some Louisiana farmers were cutting a second-crop yield that exceeded McCown’s first-crop harvest.

In the next issue of the magazine in 1967, an article illustrates how rice farming 50 years ago was shaped by federal ag policy, just as the Farm Bill influences rice farming now. Back then, an allotment system was in place that limited U.S. production to 1.8 million acres of rice in 1967, with the largest portion for Louisiana at 520,000 acres, Texas with 465,000 and Arkansas at 439,000.

Linscombe says the system led to some south Louisiana farmers buying allotments from other farmers and using them to grow rice on cleared land in north Louisiana.

But he says the big acreage increase in north Louisiana came in 1973 when rice prices doubled.

“That was great for farmers at the time,” he says. Those high prices prompted farmers in other states to push for changes in the system that led to Arkansas dramatically increasing its rice acreage.

When Rice Farming magazine was first published, it was just four years after the Rice Research Station expanded by 320 acres with the acquisition of the South Farm, located 2 miles south of Crowley.

The station opened in 1909 with land west of Crowley. In 1949, the station bought 720 acres of land northeast of Crowley, the site of the current station.

The late Dr. Rouse Caffey, former LSU AgCenter chancellor, worked at the research facility from 1962 until 1970, and the station is now named the H. Rouse Caffey Rice Research Station in his memory.

In 1972, Louisiana rice producers took the initiative to have more research conducted, forming the Louisiana Rice Research Board. Growers agreed to a checkoff system to fund research projects. That program has generated more than $30 million in research projects.

“That has provided a substantial, dependable revenue stream, and that has allowed us to expand our breeding program,” he says.

Variety development is a major part of the Rice Research Station’s mission. In total, a century of rice breeding at the station has resulted in 52 varieties, 38 in the past 50 years. The varieties developed at the station during the past 20 years dominate the southern U.S. rice growing regions.

Clearfield technology developed at the station in the late 1990s resulted in rice varieties that enabled farmers in the United States and internationally to make considerable progress against red rice.

The goals of breeders have not changed, Linscombe says. “What has really changed over 50 years is things are a lot more mechanized.”

Rice breeders in the 1960s would have been able to plant 4,000 to 5,000 experimental rows, but now they can plant 25,000 rows in a day. The process of hand-harvesting and individually weighing and moisture testing rice has been replaced with automation by research combines that perform all the tasks.

Most research also was restricted to the station 50 years ago. “Today we do much higher volume of yield testing here on the station, plus a huge amount of off-station testing in cooperation with farmers,” he says. “This is extremely important because when we are trying to decide on a variety release, the more environments you are able to evaluate that line in, the better decisions you are going to make.”

Linscombe says the winter breeding nursery in Puerto Rico allows the LSU AgCenter to have a year-round breeding program.

The use of DNA markers to determine if a line has desired characteristics has decreased the time required to develop a new variety.

“It has made what we do more precise,” he says.

Bruce Schultz is an assistant communications specialist with the LSU AgCenter in Crowley, La. He may be reached at bschultz@agcenter.lsu.edu.