Arkansas OKs resolution to establish a rice standard of identity 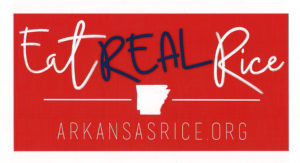 Arkansas Gov. Asa Hutchison has signed a joint resolution from the state House and Senate supporting a standard of identity be developed for rice and its wild rice relatives.

Specifically, the resolution says that rice should be defined as whole or broken kernels obtained from Oryza sativa or four different wild rice species from the Zizania genus.

Currently, the Food and Drug Administration does not have a standard of identify for rice. But the resolution agrees with the existing Codex definition, which simply identifies rice as originating from the Oryza sativa L. plant.

“Our industry has made significant investments developing and building the brand we have for rice,” Lauren Waldrip Ward, executive director of the Arkansas Rice Federation, said in a news release. “Companies that do not produce real rice have tried to capitalize on that very brand. Our farmers are proud of the quality rice they grow, and we must preserve that integrity while also protecting consumers. Consumers have a right to honesty and transparency when shopping, and these rice pretender products are designed to mislead them. Rice is a grain, not a shape.”

Supporters of the resolution say it is designed to eliminate confusion among consumers about products marketed as rice but inaccurately labeled about their nutritional content.

“Whereas, labeling of a food product that delivers no pertinent information about the actual content of the food or food package and is included solely to mislead is not a fair or meaningful way to enhance consumer choice,” according to the resolution.

It also states that products labeled or marketed as containing rice should actually be made with grains of rice or wild rice.

The resolution is just the first step. Resolution supporters have vowed to pass appropriate state legislation to establish a standard of identity for rice. They also plan to take their message to Washington, D.C., and work with the Food and Drug Administration,  the secretary of agriculture and congressional leaders to pass a nationwide standard of identity for rice.