Although Timothy is a fifth-generation rice farmer, he didn’t sit back and wait to inherit the family farm. He and his cousin, Daniel, set out to farm on their own.

He’s worked for years to improve the land he leases, repairing dilapidated irrigation wells and canals and using technology to conserve water wherever possible. Timothy also is a graduate of the Rice Leadership Development Program.

Lindy is a registered nurse at the community hospital. The couple is involved in many community organizations, including the local Habitat for Humanity and the USA Rice Federation. Timothy also is president of the Wharton County Farm Bureau.

Other finalists in this year’s competition included Galen Franz, a rice producer near Victoria, and Marcus and Amy Halfmann, row-crop and cattle producers near Garden City.

DuPont and Dow have announced a plan to merge into one company — DowDuPont — then spin off three independent publicly traded companies. Those firms would focus on agricultural, material science and specialty products. 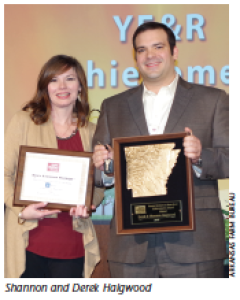 Combined, the two are worth about $130 billion, according to a news release. The merger would provide about $3 billion in savings.

The agricultural entity will unite DuPont’s and Dow’s complimentary seed and crop protection businesses. Combined pro forma 2014 revenue for agriculture was about $19 billion.

Boards of both companies approved the merger unanimously in early December. The spin-offs are expected to occur during the next 18 to 24 months, subject to regulatory and board approval.

Dow is based in Midland, Mich., with DuPont based in Wilmington, Del. After the merger is complete, DowDuPont will have dual headquarters. 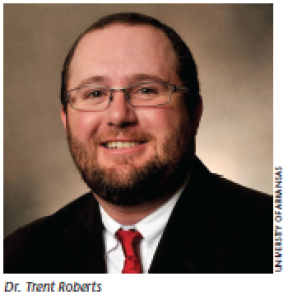 The Haigwoods want to leave a sustainable farming legacy for their son, 3-year-old Judah.

Derek served as Jackson County Farm Bureau president, vice president and secretary. He’s active with the United Soybean Board, United States Soybean Export Council and USA Rice Federation. In addition, he is a member of the 2014-16 Rice Leadership Class.
Shannon is currently serving on the county Women’s Committee and served on the Annual Meeting Planning Committee in 2014.

The Haigwoods represented Arkansas at the American Farm Bureau annual meeting earlier this month in Orlando.

Houston-based RiceTec has partnered with Crop Protection Services to contribute $75,000 to a conservation project led by University of Arkansas soil scientist Trent Roberts.

The contribution fulfilled a matching grant total of $150,000 from the Natural Resources Conservation Service for Roberts’ research, which will look at the benefits of cover crops for rice producers.

Under Conservation Innovation Grants, awardees must provide non-federal matching funds for at least 50 percent of the project cost.

Dubbed “Healthy Soils, Happy Rice,”  the project is examining Austrian winter peas as a cover crop. The hardy, vine-like legume uses naturally occurring soil bacteria to fix nitrogen in plant tissue. When farmers prepare the soil for spring planting, the nitrogen is deposited from the peas’ roots back into the soil, improving rice fertility.

CPS and RiceTec had agreed in May to make the matching pledge, but it wasn’t until early December that NRCS awarded Roberts the Conservation Innovation Grant.

The updated guide has removed pyrethroid insecticides for bollworm control for all crops because of resistance and poor control.

The recommendations are not new for Mississippi but have only been verbal until now.

Based on a large, multi-state project, researchers also have added a dynamic threshold for bollworms, also known as podworms, in soybeans. The threshold takes into account commodity cost and treatment costs for bollworms in reproductive-stage soybeans.