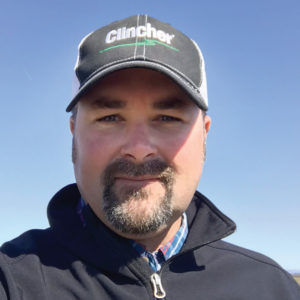 Despite an unusually wet spring in 2017, most Northern California rice producers were still able to get their fields planted on time, thanks to larger equipment that can cover more acres than decades ago. That doesn’t mean that they didn’t cut corners, like not allowing ground to fully dry out. As a result, weeds in many cases got a head start.

Many growers still subscribe to the belief that herbicides should be applied so many days after seeding. In most cases, applications should be based on the weed and/or rice plant growth stage for best results.

“If something is typically a two-leaf rice application, it may not happen in five days like it should,” Olenski says. “Sometimes it’s cold and sometimes it takes an extra three or four days. So I keep in contact with my growers and tell them what I’m seeing out there. I give them a heads up of when I expect the plant to be at this stage and this is when I think we will have to make the herbicide application.”

Managing herbicide resistance and rotating effective modes of action continue to be a challenge. Most of the main rice weeds are resistant to at least one active ingredient, and many are resistant to two or more. Of those, watergrass, smallflower umbrella sedge and ricefield bulrush are the main ones that plague the growers Olenski serves.

Before drafting an herbicide program for the coming season, he reviews past field histories for herbicide resistance. Olenski also takes advantage of a weed testing service offered free by the University of California, Davis. PCAs and growers can send in seed from weeds that herbicides didn’t control the previous season.

University researchers grow out the seeds and apply all of the registered active ingredients, rating their efficacy. They then return a report showing what herbicides worked and what didn’t on specific weeds.

Using that information, Olenski then develops weed-management plans typically on a field-by-field basis.

With the increasing number of herbicide-resistant weeds, growers are now having to make an average of three herbicide applications during the season compared to one before resistance was a problem.

“A lot of the rice that I consult on is rotated out of rice,” Olenski says. “On the fields that get rotated out of rice every three years, we still can get away with two herbicide applications. But in the fields that are consistently farmed in rice, I would say we’re trending toward three, sometimes even four, herbicide applications. Some involve tankmixes.”

Aerial Application Is Preferred
Given an option, most growers prefer aerial applications. Clincher, an early season grass herbicide, can be flown onto fields with as young as first-leaf rice when the water is turned off. It also can be applied with a ground rig when the water is pulled or as a rescue treatment for sprangletop later in the season.

As a granular, Granite GR also offers flexibility close to sensitive crops. Flown into the floodwater on 3 to 3.5-leaf rice, it helps control watergrass and broadleaf weeds.

Granite SC, a liquid formulation, has a wide application window but needs to be used when weeds are smaller.

Olenski also recommends Grandstand as part of a tankmix with propanil, Regiment or another second foliar herbicide. It is strong on redstem or redberry.

Part of his job is to work with growers ensure water levels are at the proper height before, during and after herbicide applications. Too little or too much water at the wrong time can mean less-than-optimum results from phytotoxicity or too dilute an herbicide concentration.