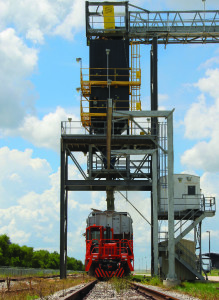 SLRF will invest $10 million to equip the new 15,000-square-foot facility, with construction slated to begin in September. The project is expected to be completed by January 2021, according to a news release.

The rice mill will have an expected life span of several decades and will serve hundreds of rice farmers and investors in Southwest Louisiana.

SLRF helps Louisiana farmers market rough rice internationally for more competitive prices. The facility will be situated on land owned by the Louisiana Agricultural Finance Authority, which will retain ownership of the mill. With the support of Agreeta and the ultimate increase in international activity, the project represents a major international and agricultural win for Louisiana.

“Investment in agricultural infrastructure will markedly grow our rural and state economy,” Louisiana Commissioner of Agriculture and Forestry Mike Strain said in the release. “Louisiana produces rice valued at more than $350 million annually. The new rice mill in Jeff Davis Parish will give our farmers another avenue to add value to and sell locally produced rice. Value-added processing not only adds greater value to our crop, but also increases our ability to market our rice domestically and internationally.”

LED began discussing the potential project with SLRF and Agreeta in April. To secure the project, the State of Louisiana is providing $1.6 million to SLRF through the state’s performance-based Economic Development Award Program, which is designated for infrastructure needs on site and at the mill.

Shipping its first rice in 2012 as one of the most advanced rice rail-loading facility in the United States, the SLRF represents more than 200 rice producers and investors. It is owned by the Jefferson Davis Parish Police Jury and is located on land owned by the Louisiana Agricultural Finance Authority.

Four tanks provide 156,000 bushels of pre-positioned cargo to load 40 rail cars, with trucks able to unload in four minutes through elevators that can handle up to 25,000 bushels per hour.