Early season disease management is becoming increasingly important as Texas rice farmers trend toward planting earlier at lower seeding rates (about 50 percent of Texas rice acreage is planted to hybrids). Clearly, the earlier plantings have a better chance of producing both high-yielding main and ratoon crops.

Symptoms of seedling disease include decay of seeds, seedling blight, and damping-off (see photo below). Seedling diseases tend to be more severe in field areas with poor soil drainage. 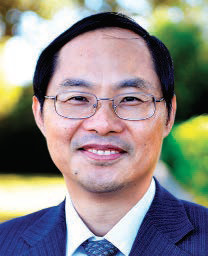 We also strongly recommend treating your seed with an insecticide because the treatment threshold for the rice water weevil is very low. Dr. Mo Way normally does not recommend preventative insecticide applications, but his research shows that 1 immature rice water weevil per core (4-inch diameter by 4-inch deep plug of soil containing 1 to about 3 plants) reduces yield by 75 pounds per acre. Way can find at least this density in virtually every untreated field he inspects.

Seedling diseases can manifest themselves pre- and post-emergence, and planting depth and soil moisture can affect your stand. Planting too deep also can stress emerging seedlings. Light (as opposed to heavy) seed can run out of carbohydrates before emergence into the sunlight where photosynthesis occurs.

Planting too shallow can expose seeds to cold, dry conditions, preventing good germination. This scenario also is favorable to blackbird damage. If your field(s) have a history of blackbird problems, you might consider applying the blackbird repellent AV-1011 to your seed.

Also, planting into a poorly prepared seedbed (too cloddy, too much dying vegetation from a recent burndown application and not leveled properly), sets you up for seedling disease problems.

Another important consideration is inspecting and calibrating your drill. Many years ago, a farmer mentioned he planted a few acres in his field before discovering a couple of the drill openings were clogged by mud dauber nests. Not only should you check your planter but also inspect your field carefully for seedling disease problems.

Sometimes the problem may not be disease related but insect related. For example, chinch bugs can feed on seedlings below and above ground. Way has observed entire fields wiped out by chinch bugs feeding on seedling rice. So we encourage you to walk out in your fields and look for problems from planting all the way to harvest.

The 2018 season was one of the most trying for weed control that many can ever remember. The hot, dry conditions with little activating rainfall resulted in most growers playing from behind all season. The result was one of the grassiest crops in recent memory, perhaps ever.

There were a number of things to learn from last season. The first is that the most successful weed control programs had two successfully activated residual herbicide applications, regardless of product selection. Command activated early followed by more Command or Facet, Prowl or Bolero, resulted in the best grass control. The addition of post-emergence herbicides as needed with a residual herbicide performed particularly well.

Post-emergence herbicide applications also had their share of difficulties in 2018. In general, when weeds are under dry, stressed conditions, they are not going to take up herbicides effectively. When this happens, control is going to be reduced. Typically, sufficient soil moisture is needed to have actively growing weeds that will take up enough herbicide to result in control. This was not the case throughout much of 2018 and resulted in numerous weed control failures throughout the state.

Flushing is not something that growers typically like to do — or even can do at times — and often not efficiently. However, in the absence of rainfall, this is exactly what is needed to achieve success with pre-emergence and post-emergence herbicides.

From both my observation and that of our weed scientists, furrow-irrigated fields were some of the cleanest ones. This was likely for several reasons, including the mentality of needing additional herbicide applications and the ability to flush more easily and often for herbicide activation.

Ultimately, the goal for 2019 should be to lead off the season with a strong residual herbicide program at planting that gets activated. This should be followed with an overlapping residual prior to the first residual beginning to break. When post-emergence herbicides are needed, be sure conditions favor actively growing weeds and adequate soil moisture for success. A grassy crop can still make a good crop, but a clean crop makes life much easier.

It is looking to be a pretty good water year in California. As of press time in the Sacramento Valley, we are running close to the average precipitation expected for this time of year (over 90 percent), and our snowpack in the Sierra Nevada is considerably above average (140 percent of normal).

Most growers have already drained their winter-flooded fields and will be starting ground preparation in the next couple months. The water table is high; the soil moisture content is high and will likely remain so for weeks, even if the rain tapers off in March. So how does all of this affect weed management and tillage operations?

Weed seeds need proper temperature (warmer is usually better, up to a point) and moisture, to germinate. The weed seeds that we see germinate in a given season are those in the top few inches of soil.

The weed seeds buried deeper in the soil profile will not germinate, and they will remain buried and dormant unless brought close to the soil surface through tillage.

In a year like this, how should we best prepare to minimize weed control issues during the season?

First, tillage operations should occur as close to planting as possible. The longer a field is left tilled and not planted, the greater the opportunity for weed seed germination, either due to rain or to moisture in the heavily saturated soil in a year like this.

Second, unless necessary, tillage should be shallow to disturb as little of the soil as possible. As long as weeds are not going to seed at the end of the season, the top few inches of soil should eventually be depleted of weed seeds. Over time, populations of germinating weeds in the field should go down.

Deep tillage will bring up weed seeds from deeper in the soil profile, negating the effects of the depletion of those top few inches of soil. Soil deeper in the profile is also likely full of moisture, enabling those once-dormant weed seeds to germinate quickly.

To maximize weed control efforts in a good rain year like this one, till as close to planting as possible and till shallowly. Looking forward to a good year! 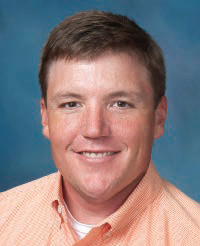 Postemergence herbicide treatments for later-seeded rice were applied during a prolonged period of hot and dry conditions in May and June. Lack of soil moisture caused poor weed growth and inadequate control with postemergence treatments.

Incorporation of residual herbicides was compromised due to lack of rainfall or delays in surface irrigation.

With few exceptions, control of broadleaf species was excellent throughout 2018 in Mississippi. Lack of barnyardgrass control was the primary concern, but this did not appear to be restricted to a single herbicide mode of action or one specific herbicide treatment. Although exceptions are always observed, barnyardgrass control in row crops was inadequate in most areas of the Mississippi Delta in 2018.

Loyant herbicide is a new postemergence herbicide for control of broadleaf, grass and sedge weeds in rice. Earliest Loyant treatments in Mississippi were applied approximately May 1, and reports of rice tolerance and performance with these early applications were positive. However, many Loyant treatments in Mississippi were applied during the second half of May and early June.

In early June, multiple cases of rice injury following Loyant application were reported. Most symptomology observed in commercial fields was consistent with that seen in Mississippi research evaluating rice cultivar tolerance to Loyant. By season’s end, rough rice yields in affected fields were acceptable to the growers even in cases where injury was considered severe.

Simultaneous to injury reports, practitioners began to complain of poor weed control with Loyant. Primary complaints were barnyardgrass control. Some treatments that performed poorly in some applications provided acceptable weed control in others.

Complications with Loyant were not widespread in Mississippi in 2018, and this herbicide is poised to be an important component of weed control programs in Mississippi rice in 2019.

Many questions come up every year about starter nitrogen (N) applications in drill-seeded, delayed-flood rice. I thought it would be prudent to answer some of these questions now, so you can determine if you want to include a starter N application this spring.

However, you are more likely to see a starter fertilizer N yield response in a clay soil compared to silt loam soil. This is most likely due to the ability of clay soils to “fix” or make ammonium-N temporarily unavailable for uptake and the slower diffusion rate of ammonium-N observed in clay soils.

Coincidently, these are also the same reasons we often see we typically need 30 pounds of N per acre more on clay soils compared to silt loam soils.

One advantage is it will stimulate faster vegetative growth. This is especially evident in cooler weather when the rice seems to grow very slowly. Faster early season growth will lead to a rice stand that is more competitive with weeds and, in turn, will result in a stand that can be flooded a week or so earlier than rice without a starter fertilizer application.

This is highly beneficial for rice because the flood is our biggest weed-control tool in our toolbox. Starter N applications will also stimulate uptake of other plant essential nutrients like phosphorus (P), potassium (K), sulfur (S), and zinc (Zn).

One of the biggest negatives about starter N applications in rice is the efficiency of the application. Only about 2 pounds of the N from a 20 pound-per-acre application actually makes it into the rice plant prior to the tillering stage of development and flood establishment.

This is why you should never count the starter N application in your seasonal N target.

I personally like to use starter N applications in rice because of all the positive things they bring to the table, even though they are probably not going to result in a measurable economic advantage at the end of the season. If you do decide to use a starter N application, consider the following:

• Be sure to incorporate the fertilizer N into the soil quickly with an irrigation (or rainfall) to get the nutrient to the roots of the plant. This is especially important if you are using urea.

• If you are using urea and cannot irrigate the N in quickly, consider treating the urea with a urease inhibitor. Since the application is so inefficient, consider using no more than 21 pounds of N per acre.

• If you are not incorporating the N into the soil prior to planting, consider applying the N around the two-leaf stage of development just prior to an irrigation.