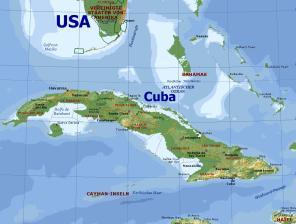 For the first time since 2008, Cuba has accepted a 20-ton shipment of U.S. long-grain rice.

The move comes after President Barack Obama declared in December 2015 that he would restore full diplomatic relations with Cuba and the United States would open an embassy in Havana.

The shipment from Martin Rice Co. of Bernie, Mo., arrived at the deep-water Port of Mariel last week and was sent to Cuban residents by Martin Rice at no cost.

Martin Rice owners David, Mike and Tim Martin along with members of the Missouri trade delegation and Gov. Jay Nixon distributed small bags of the milled rice to Cuban attendees of the entrepreneurial forum in Havana to commemorate the shipment.

“Cuba was once a leading export destination for Missouri rice and we believe the in-roads we’ve been making since our first visit here and meetings we’re now having with Cuban officials can help re-establish Cuba as a buyer of Missouri rice,” Mike Martin said in a press release. “Rice is a relatively high-value crop, and we believe once the Cuban market opens up, Missouri farmers will plant and grow more rice to take advantage of this opportunity. We also look forward to the day when Cuban goods are readily available to consumers in Missouri and the U.S.”