In addition, nearly 40% of that income — some $33 billion in total — is related to trade assistance, disaster assistance, the farm bill and insurance indemnities and has yet to be fully received by farmers and ranchers (Is Farm Income Really Up?).

Moreover, farm debt in 2019 is projected to be a record-high $416 billion, with $257 billion in real estate debt and $159 billion in non-real estate debt. The repayment terms on this debt, according to data from the Kansas City Federal Reserve, reached all-time highs for a variety of categories.

Put simply, farmers are taking longer to service their debt – a trend made easier due to historically low interest rates. 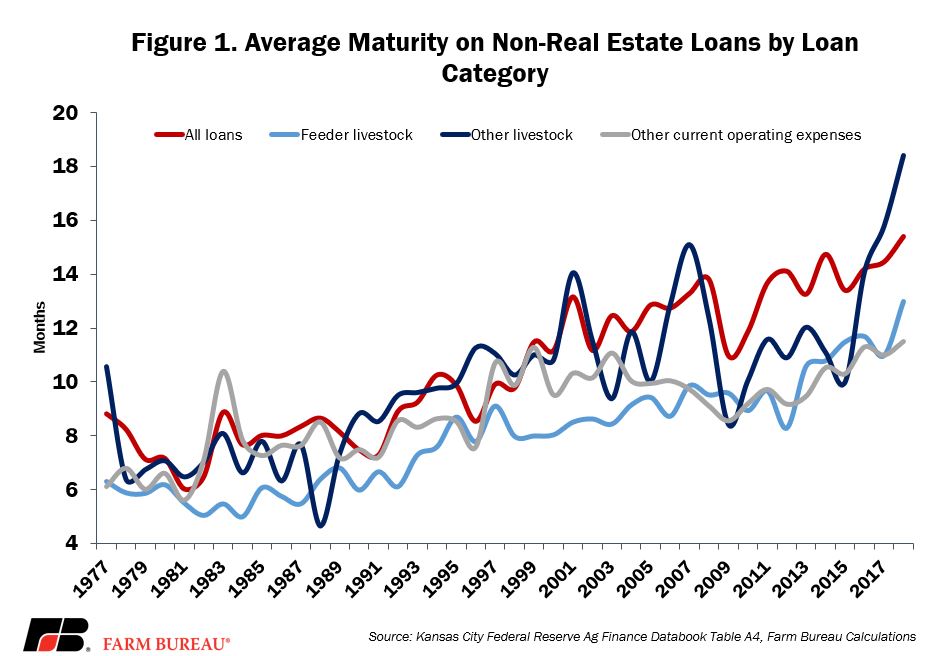 For the third quarter of 2019, Chapter 12 bankruptcies decreased slightly to 160 filings, down 2% from the previous quarter.

Total bankruptcies filed by state vary significantly, from no bankruptcies in some states to more than 20 filings in others, as shown in Figure 2.

Bankruptcy filings were the highest in Wisconsin at 48 filings, followed by 37 filings in Georgia, Nebraska and Kansas. Iowa, Kansas, Maryland, Minnesota, Nebraska, New Hampshire, South Dakota, Wisconsin and West Virginia all experienced Chapter 12 bankruptcy filings at or above 10-year highs.

As seen in Figure 3, the increase in farm bankruptcies was the highest in Oklahoma at 14, followed by Georgia at 12, California at 11 and Iowa and Kansas at 10 each. Oklahoma had the sharpest increase in bankruptcy filings, increasing from two filings last year to 17 during the previous 12 months.

All regions of the United States saw higher bankruptcy rates over the previous 12 months compared to the prior year. More than 40% of the farm bankruptcies, 255, were in the 13-state Midwest region.

Bankruptcies in the Midwest were up 13% compared to prior-year levels and were at the highest level in more than a decade. 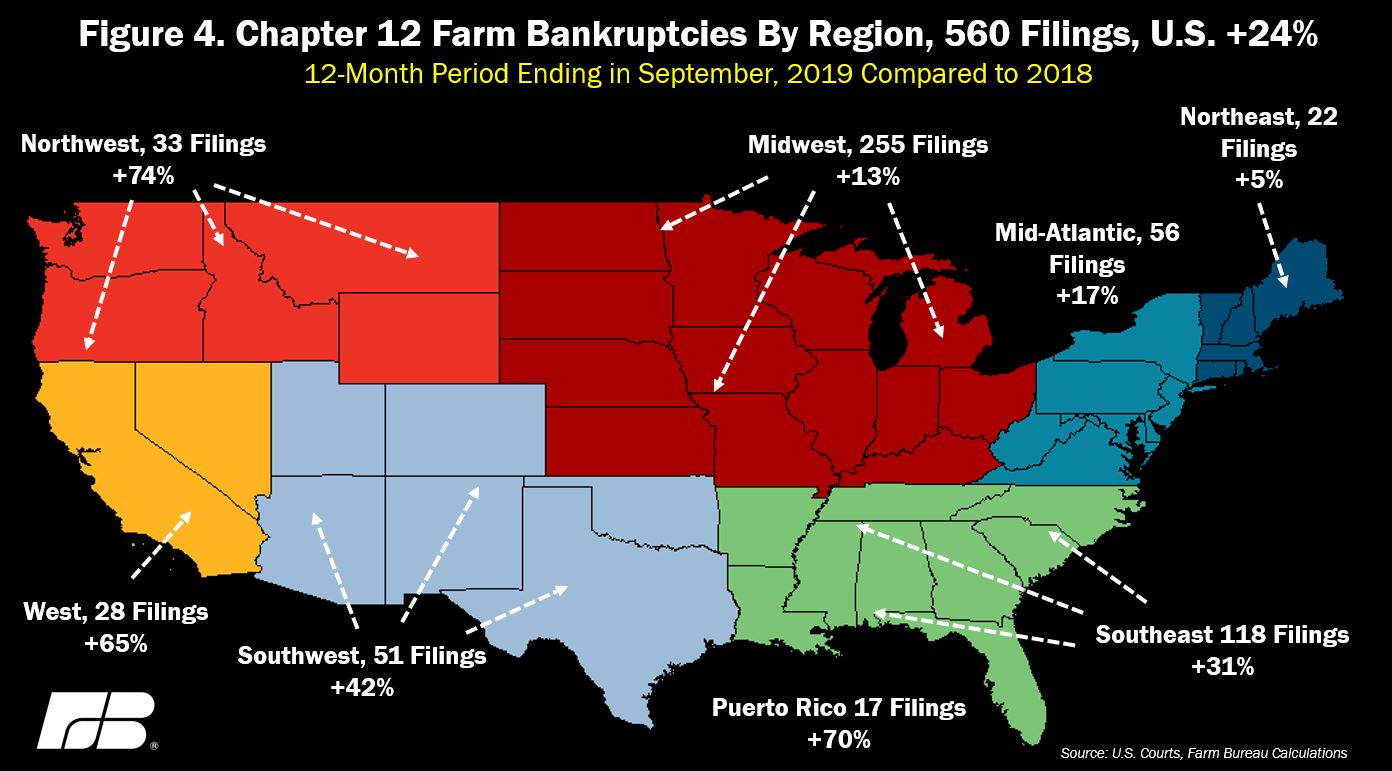