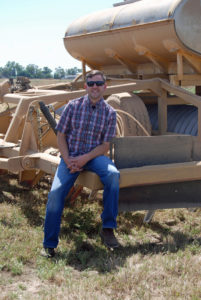 Through three decades or so of experimentation, VA Farms has developed a dry seeding program that borrows from both traditional California and Mid-South planting practices.

The system allows the family-owned Pleasant Grove, Calif., operation to introduce a new class of chemistry and provides another rotational tool to help manage herbicide-resistant weeds on a portion of their farm.

But co-owners Greg VanDyke and his uncle, Bob VanDyke, are quick to point out they don’t view dry seeding as a silver bullet. In addition to extra planning after the previous year’s harvest, the system also requires an additional tractor pass to roll the fields shortly after seeding.

They credit Dave Sills, a pest control adviser in Eldorado Hills and rice grower himself, with developing the program and sharing it with others.

“It’s my goal in creating Harbinger to be able to get pendimethalin into the rice herbicide program as a rotational tool,” Sills says, referring to the herbicide on which he holds a patent. “Desperation is the mother of invention, and we’re pretty desperate in the rice business to deal with resistant weeds.”

Not only does pendimethalin bring in a new mode of action – Weed Science Society of America Group 3 – but Sills’ program also introduces a different cultural practice to the state’s traditional water-seeded rice system.

In addition, pendimethalin carries no water-holding requirements as many of the other rice herbicides do in the Sacramento Valley. 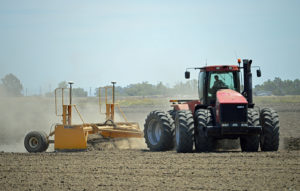 All of the VanDyke’s land is precision leveled.

“We stomp 100 percent of our acreage now,” Greg VanDyke says. “We really like it because we think it’s really efficient and saves us an entire cultivation pass when we come back in the spring.”

Under the Rice Straw Burning Reduction Act of 1991, California rice producers are no longer allowed to burn harvested fields unless they can document a disease issue that can only be managed with burning. The county agricultural commissioner’s office also has to certify the disease problem and then can only allow burning of 25 percent of the acreage.

But fall stomping allows the VanDykes to use a single pass with a field disk, followed by light tillage with something like a field cultivator to break down any remaining clods.

Shortly before planting, they run a tandem rig that injects nitrogen in the form of aqua ammonia into the soil and then roll the field with a grooved roller to create small ridges.

At mid-tillering, he suggests growers check plant nitrogen levels and topdress with another 15-20 pounds per acre if necessary. The recently revised Leaf Color Chart from the University of California is a simple way to monitor mid-season plant nitrogen, providing nearly instant results.

Planting is done by an aerial applicator, who flies dry rice seed onto the field. This differs from traditional methods in the Sacramento Valley that involve presoaked seed flown into flooded fields.

Dry seeding also affords growers the option to have seed treatments applied. With treated seed and dry-seeding experience, Sills says growers can reduce seeding rates to as low as 120 pounds per acre.

“I never recommend reducing the seeding rate until there’s a comfort level,” he says. “At this point, unless they treat the seed, I don’t like them to back off.”
Shortly after planting, the Van Dykes run a double flat roller over the field to knock down the small ridges, covering the exposed seed and creating a firm seedbed.

Many growers also fill rollers with water for additional weight. But Sills says you just want to compress the soil but not compact it. If done correctly, rolling places the seed between 1/2 and 1 inch deep.

“The more packed the soil is around the seed, the more rapid the emergence,” Sills says.

The rolling also helps eliminate sink holes or low spots that fill with water and won’t drain after flushing. Puddles remaining during the dry-down can drown rice seeds, resulting in uneven stands.

The family also has adopted precision farming tools that involve collecting yield and moisture data from combine yield monitors. Maps created from that information are then overlain maps from the leveling rigs that show cuts and fills to create variable-rate fertilizer prescriptions.

“It does an amazing job at reducing the pockets of yield variation from a field,” Greg Van Dyke says. 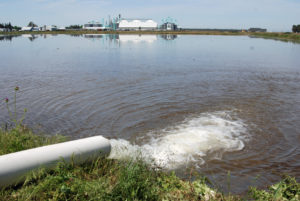 Fields are typically flushed twice before a permanent flood is applied at about the five-leaf stage.

With dry seeding, the VanDykes are able to apply pendimethalin with a ground rig shortly after flat rolling.

The key is an inert ingredient in Harbinger that binds the pendimethalin herbicide to the top 6 millimeters of the soil, allowing the rice seeds below to germinate without injury, he says.

After herbicide application, growers typically flush twice before applying a permanent flood at about the five-leaf stage, he says. Between each flush, the fields are dried to the point of soil cracking.

Once the permanent flood is established, Sills says growers then follow with their preferred post-herbicide program.

Although growers who have been using dry seeding as a rotational tool for years, such as the Van Dykes, swear by it, Sills says newcomers tend to be nervous.

“I hold their hand the first time,” he says. “Once they get past that and I give them five bottles of Tums, after that they move forward with confidence.”