Growers get behind the camera to shoot videos and help educate the public about rice. 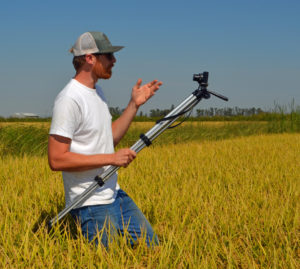 When third-generation rice producer Matthew Sligar went to the University of California, Santa Cruz, to study modern American literature, he had no intentions of ever farming.

After graduating and working for six years in Europe, Sligar returned to the family operation near Gridley, Calif., in late 2012 to farm with his father, George Sligar.

To indulge his creative side and educate consumers about rice production, Matthew Sligar turned to shooting and producing a vlog, or video blog, posted on his Rice Farming TV YouTube channel.

“A lot of people — even in California — don’t know we produce not only medium-grain but premium medium-grain rice that’s winning taste-test competitions worldwide,” he says about the impetus behind Rice Farming TV.

“The second reason I’m doing this is I want to give a face to the product.”

For Kurt Richter, a member of family-owned Richter AG in Colusa County, Calif., producing videos allows him to correct misinformation on hot issues that may affect the rice industry.

“The local papers and the local TV stations don’t really cover us the way that I’d like to see,” he says. “This way, I get the message out on my own.”

Creating videos also allows Richter to continue what used to be a career in television news but that has remained a hobby since he returned to the family farm four years ago.

‘Pictures or it didn’t happen’ 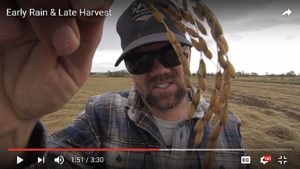 Sligar and Richter are part of a increasing number of growers who have embraced videos to tell their story, says Michael Klein, USA Rice vice president of communications.

What started as an effort to build a photo library at USA Rice’s office in Arlington, Va., a few years ago expanded to putting faces behind rice. Colleen Klemczewski, USA Rice’s first social media coordinator, began promoting the use of social media to the Rice Leadership Development Program. That also involved sending GoPro video cameras to select producers with requests to shoot and post typical activities during the season.

Michael Bosworth, who had previous experience with GoPros, accepted the challenge as a member of the 2016-2018 leadership program. As part of the family owned Rue & Forsman Ranch Inc. near Olivehurst, Calif., he says they already used social media to help direct market the family’s rice.

“I’m out in the fields every day and end up with some cool stuff,” Bosworth says of his videos. “You see cool things throughout the season you like to share or highlight.” 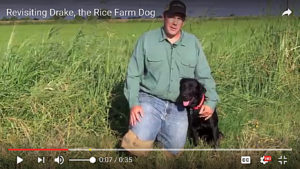 Producer Michael Bosworth says videos of his family and his dog, Drake, generate the most interest and comments from viewers.

Of all the pictures and videos he’s posted on social media, Bosworth says ones that feature his family or his black Labrador, Drake, generate the most response.

“Some of my best customers have come from social media,” Bosworth says. “I have really good conversations with people you wouldn’t come across. A lot of those are some pretty hardcore environmental folks you wouldn’t think you would have any common ground with, but you do find common ground and dispel many of the misconceptions about rice farming.”

Videos on a budget

Sligar jokes that he makes low-budget films. He shoots his videos using an older iPhone 5 and an inexpensive point-and-shoot digital camera that also records video. An older tripod does double duty as a selfie stick.

Sligar posts and shares his videos on YouTube, a free website that hosts the gamut from grainy cellphone clips to professionally filmed and edited Hollywood movie shorts.

He prefers creating videos rather than written blogs because of the “discovery” it allows.

“You’re always looking for something and trying to preserve it,” Sligar says. “When I upload what I’ve shot to the computer, there’s a sense of surprise. You don’t know whether you captured it, and you don’t know how it’s going to look on the computer. These are all pieces and I’m trying to create one larger puzzle.” 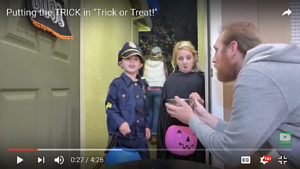 Sligar doesn’t take time out of his daily routine around the farm to shoot his videos. Instead, he’s perfected multi-tasking.

“The camera records as I’m doing my work,” he says.

Sligar also adds a bit of personality, whether it’s his up-close narratives in the camera lens or his other starring characters, such as the turtle crossing a gravel road or otters playing in a ditch.

In the evening, he edits his video, combining and cutting the various shots he took over the past few days. Depending on the subject, he may add music or titles. All of this is done on a Macintosh computer using iMovie, a program standard on Macs.

At 34 years old, Sligar grew up with MTV, so he strives for lots of action and the fast pace needed to keep the attention of today’s generation. As a result, he says editing goes pretty quickly but admittedly still takes time away from his young family.

He credits his wife, Clara, for allowing him to pursue his creative visions and for encouraging him to do so.

“My wife is so understanding of this creativeness, and she supports me at home to do it,” Sligar says.

The Gridley producer plans to film one video each week, chronicling a Northern California rice season. After that, Sligar says doesn’t plan to film a sequel – return to the rice field, part 2. But he still plans to share with his growth as a rice farmer and cultivate his relationship with the viewing public.

Drawing from a news background

Having spent more than a decade in television news, Richter takes a slightly different approach and focuses on hot issues that he’s passionate about. For example, he decided to produce two videos on the proposed Sites Reservoir after he talked to several fellow rice producers who were unfamiliar with it.

First proposed in the 1980s, the reservoir would provide about 1.8 million acre-feet of off-stream storage and add up to 500,000 acre-feet annually to California’s water supply. Up to 50 percent of Sites water would be dedicated to environmental flows.

Richter uses a digital SLR camera and an audio recorder with a wireless microphone. Afterward, he synchs the audio with the video and edits the files using Final Cut Pro software on a Mac computer.

Regardless of your subject matter or editing, Richter says he believes there is no one way that’s better than another. Rather, he says, the most important factor is to portray your true self and try not to be something you’re not.

“I think more than anything, represent yourself and whatever message you want to get out there and do it positively,” he says.

Entering the 2016 season, Richter fully intended to continue making videos as he had the previous winter. But challenging growing conditions, as well as wanting to spend time with his 3-year-old son, kept him busy.

“I just got a little overwhelmed this year,” he says about the growing season.

A break in harvest caused by late-October rains gave Richter the time he needed to produce a video on the challenges created by the storms. It also re-energized him with several topics he planned to cover this winter.