The University of Arkansas System Division of Agriculture recently released two conventional rice varieties: Jewel, a long grain, and Lynx, a medium grain. Both will be available to seed producers in 2020 and available commercially in 2021. 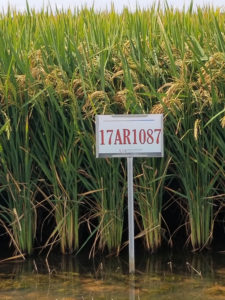 Jewel is a new high-yielding mid-season long-grain variety from the breeding program of Dr. Karen Moldenhauer, a professor at the Rice Research and Extension Center in Stuttgart.

Like Roy J and Diamond, Jewel has an erect architecture and stands about 37 inches tall. It has straw strength similar to Diamond and approaching Roy J.

Maturing about three to four days earlier than Roy J, Jewel has rough rice yields comparable to Roy J and LaKast with excellent milling yields of 59-71, based on three years of Arkansas Rice Performance Trial data.

Jewel contains the Pi-ta and Pi-ks genes for resistance to most of the common races of blast. It is moderately susceptible to sheath blight as well as bacterial panicle blight, much like Roy J.

The new release has a cook type similar to L202 and Cheniere with high amylose and intermediate gelatinization temperature.

“Lynx consistently showed a yield advantage over both Jupiter and Titan in rice-growing areas north of I-40 and west of Crowley’s Ridge, where the majority of the state’s medium-grain rice is grown,” says Sha, also a professor at the Rice Research and Extension Center. 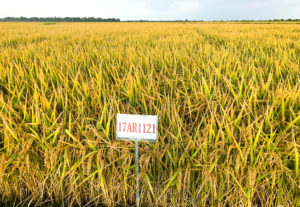 “Lynx reaches 50% heading in an average of 86 days, the same as Jupiter, but it matures three to four days earlier. It appears to have a better seedling vigor than Jupiter and a slightly better milling yield than Titan.”

It has a plump, big kernel similar to Titan but is larger than Jupiter. Sha plans to send a 1,000-pound sample to Kellogg’s this winter so they can run it through their pilot plant.

Lynx is named after a constellation seen in the Northern Hemisphere.

The new variety contains the Pi-c and Pi-ks genes, making it resistant to most of the common blast races. Lynx is susceptible to sheath blight and false smut, similar to Jupiter.

The new medium grain had an average milling yield of 59% whole kernel and 68% total milled rice in 30 state and regional tests, Sha says.