While some crop protection companies are reducing their presence in the agricultural industry because of cyclic downturns, Valent U.S.A. is investing in its future with expansion and new construction projects. 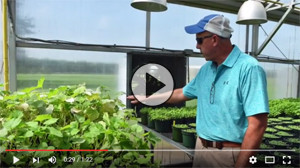 The Walnut Creek, Calif.-based firm is nearing completion of 8,000 square feet of new compound characterization facilities at its Midsouth Agricultural Research Center near Leland, Miss. Part of the project includes a new 2,400-square-foot greenhouse that will allow year-round trials.

The Midwest Agricultural Research Center near Champaign, Ill., scheduled to open in December, will become the company’s center of Midwestern row crop research and agronomic training.

“As our business expands, we expand,” says Frank Carey, who oversees the Mid-South facility. “Within the industry, most companies are consolidating or shrinking. Valent is investing in growth.”

“Our goal is to support development of new pipeline compounds,” Carey says. “We also take some of the newer compounds so we can understand them better and understand the characterization of the products so we know how they work and how they don’t work.” 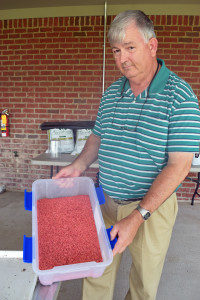 Land on which the 250-acre Mid-South center sits was originally purchased by Chevron Chemical Co. in 1986. Chevron and Sumitomo Chemical Co. of Japan signed a joint venture agreement to form Valent U.S.A. in 1988. In 1991, Valent became a wholly owned subsidiary of Sumitomo.

Over the years, new additions have been added to accommodate expanded research into new fungicides, insecticides and herbicides.

Despite its Mississippi location, the center conducts laboratory research on products for possible use nationwide and in Canada.

Colonies of Colorado potato beetle and codling moth, for example, are maintained in the insectary for laboratory research with new compounds. The pests serve as indicator species for work on coleoptera and lepidoptera, the orders of beetles, and butterflies and moths, respectively.

“We can grow basically any crop here that will grow in the Delta,” Carey says.

Much of the ground has been precision leveled, and the area devoted to rice research has been doubled to host nearly 300 plots. Workers are in the process of releveling the entire farm to remove potholes and ruts that have accumulated over the years.

“If we need to do it in rice, we can do it here, which makes it fun for me,” says Carey, who did his graduate work on propanil-resistant barnyardgrass. “We can put a flood on in three hours.”

Driving around the research farm, visitors may notice plots thick with Palmer pigweed or other weeds. While farmers fight to rid fields of the invasive plants, Carey says they actually propagate the weeds so they can quantify weed pressure during herbicide trials. 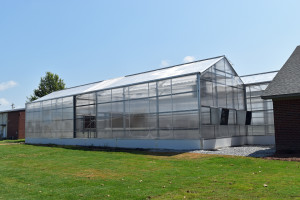 A new 2,400-square-foot greenhouse was part of the overall expansion project.

As part of station upgrades, the five old lateral-move sprinklers are being replaced with new GPS-guided units.

Until the new greenhouse was added, the Leland facility was limited to conducting field trials during the summer.

“Up until this, if we wanted to do a wintertime trial, we’d have to go to Brazil,” Carey says. “With this facility, we’ll be able to do a lot of that here.”

The greenhouse, divided into four 600-square-foot bays, can hold a total of about 100 trials.