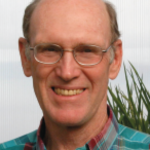 The big story for Texas rice in 2017 was Harvey, which dumped 34 trillion gallons of water over Southeast Texas and Southwest Louisiana from Sunday, Aug. 27, to Thursday, Aug. 31 — just five days.

We received more than 50 inches of rain at the Beaumont Center, which is almost our average annual rainfall. The amount of rain from Harvey in our area would fill Lake Tahoe, a water body that is 191 square miles in area with an average depth of about 1,000 feet. Harvey made landfall as a hurricane. Even though it was downgraded to a tropical storm, it still continued to dump rain over the Coastal Bend for several days.

Fortunately, the agencies waived the ruling, exempting our organic rice crop. In addition, the land on which organic rice was growing and exposed to aerial spraying will retain organic certification. Thanks to USDA and TDA for a common-sense approach to avert this catastrophe!

The Food and Drug Administration was concerned about possible contaminates, such as pesticides, solvents, diesel/gasoline, microorganisms, heavy metals etc., that may have “adulterated” our rice crop during flooding. After some frantic phone calls and conversations — including those made by Dwight Roberts and the U.S. Rice Producers Association — FDA encouraged our rice farmers to continue harvesting their crop after Harvey.

FDA would not make a “blanket” ruling but responded on a case-by case-basis. Thus, samples of rice from individual fields were and are being analyzed by the State Chemist at College Station. To my knowledge, no samples have yet exceeded any of the threshold levels for contaminates.

In addition to the direct loss of the Texas rice crop, farmers lost heavy equipment, vehicles, tools etc. due to Harvey. Some rice storage bins were damaged, and I know of two aerial applicators who lost all their planes and associated vehicles worth millions of dollars — a truly devastating storm to our Texas rice industry.

Here’s a quick wrap-up of the Texas 2017 rice season outside of Harvey.

• About 170,000 acres of planted rice
• About 50 percent planted to hybrids
• About 70 percent ratooned (this estimate may be a bit high)
• About 10 percent of planted acreage is organic
• Five most popular varieties: XL723, Presidio, CLXL745, CL153 and XL753
• Preliminary average main crop yields before Harvey were about 7,900 pounds per acre (includes all varieties)
• Kernel smut continues to be problematic
• No rice delphacids found so far
• High populations of black-faced leafhopper found on maturing rice, but weren’t a problem
• Fall armyworm problems were particularly damaging to organic rice

I have been in this business for more than 30 years, and 2017 was the most challenging research-wise. And I think the same goes for my farmer/crop consultant colleagues.

In addition, we lost some really good folks in 2017 — Ray Stoesser, David Stelzel and Tyler Menard. RIP good friends, and we will carry on your vision and efforts to make Texas rice sustainable, healthy and profitable.

Dr. M.O. Way is a professor of entomology at the Texas AgriLife Research and Extension Center in Beaumont, Texas. He may be reached at moway@aesrg.tamu.edu.