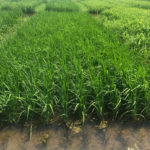 Tom Barber, Extension weed scientist for the University of Arkansas System, says unusual rainfall patterns made this season a rough one for many Arkansas crops. “This is the grassiest rice crop we’ve seen in a while, but it’s also been a difficult year for many crops,” he says. “We had a lot of rain early, and then by May it ... END_OF_DOCUMENT_TOKEN_TO_BE_REPLACED

Be on the lookout for two new watergrass relatives 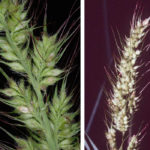 Weed control in California rice has become more complicated over the past few years, both due to increasing number of herbicide-resistant weeds as well as new weeds, including weedy rice and for some, winged-primrose willow. Just as we were beginning to think we were going to have a pause in new weed problems, we have a couple of new weed ... END_OF_DOCUMENT_TOKEN_TO_BE_REPLACED