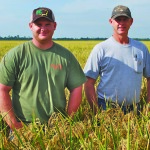 Arkansas farmers share their recipe for success The main ingredients for their operation’s success, according to fifth- and sixth-generation Arkansas rice farmers Paul and Gil Dreher, include choosing the right varieties, investing in a grain management system, managing their water wisely and hiring a conscientious rice consultant. “My grandfather, my dad and my uncle settled in Grady, Ark., in the ... END_OF_DOCUMENT_TOKEN_TO_BE_REPLACED 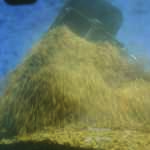 While there is always a chance of a few surprises, it appears that 2014 was a good production year with aboveaverage yields and good to very good quality being reported. Now the focus will be on finding enough demand for rice supplies that are estimated at nearly 10 percent higher than the previous year. Based on USDA's October 2014 supply and demand estimates, demand is expected to increase by seven percent for the 2014/15 marketing year. While positive, this increase isn't expected to be enough to keep ending stocks from experiencing a sharp increase – nearly nine million hundredweights (cwts), a 27 percent increase from last year and five percent above the five-year average. While domestic rice usage and total rice exports are expected to increase during the 2014/15 marketing year, the slow start to export sales has placed a cloud over the market. The reported good quality of the 2014 crop and the current lower prices should help continue to support domestic demand. The struggle with demand has been in the export market. To this point, total rice exports are down 13 percent from a year ago. With exports for the 2014/15 marketing year expected to be up by 10 percent, this market will need to see a significant improvement in export business moving forward to meet those expectations. And while it is still very early in the marketing year, the slow start is concerning. This is especially true for longgrain milled rice exports, which are currently running 27 percent behind last year's pace. Without some improvement in export business, there seems little to entice mills from moving from current price levels. END_OF_DOCUMENT_TOKEN_TO_BE_REPLACED 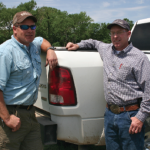 Mississippi Delta growers keep rice in the mix After graduating from Mississippi State University (MSU), Chico and Pete Williams returned to the family farming operation near Hollandale, Miss. Their grandfather, Leo Williams established the farm in the early 1940s and was later joined by his son, Leo Williams, Jr. They were primarily cotton, cattle and soybean farmers at the time. ... END_OF_DOCUMENT_TOKEN_TO_BE_REPLACED 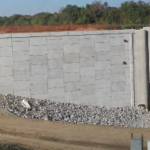 2014 conditions may influence acreage, production practices By Carroll Smith, Editor Leonardo da Vinci once said, “Water is the driving force of all nature.” Even today, this statement holds true, especially for rice production in the United States. The presence of too little or too much water influences rice acreage and, in some cases, the way farmers approach production practices. ... END_OF_DOCUMENT_TOKEN_TO_BE_REPLACED

A Work in Progress

Be proactive in controlling resistant weeds When weed resistance in rice first appeared, it soon became clear that a silver bullet herbicide program was not magically going to materialize to solve the problem. Everyone involved with weeds in the rice industry went to work to come up with programs to fit most resistance issues. However, even though these programs have ... END_OF_DOCUMENT_TOKEN_TO_BE_REPLACED

When your back’s against the wall, you tend to think out of the box. If you find yourself in Arkansas rice farmer Jackie Ray Banks’s circumstances, you may have to think outside of the window, the planting window. Consider this scenario set on May 29, 2013. From March 3 to May 22, it had rained a total of 15.8 inches, ... END_OF_DOCUMENT_TOKEN_TO_BE_REPLACED

California brothers represent four generations of rice with the fifth generation not far behind By Carroll Smith Editor Criss Jami, an American poet, essayist and existentialist philosopher quotes, “Unlike wealth, there is an infinite value in legacy.” And a family legacy in the form of a life-giving grain such as rice, is the epitome of immeasurable worth. “I’m a fourth ... END_OF_DOCUMENT_TOKEN_TO_BE_REPLACED

Rice farming’s rewards and challenges in today’s environment By Carroll Smith When Trey Daniel, Brandon Rodgers and Jason Smith entered Arkansas State University (ASU), the three young men joined a fraternity and enjoyed the camaraderie and support of being among a group of likeminded people. After graduation, they went home to farm and soon realized that quite a few of ... END_OF_DOCUMENT_TOKEN_TO_BE_REPLACED

The Legacy Lives On

Missouri farmer finds a new way to bring rice into the rotation BY CARROLL SMITH EDITOR Dennis Robison, who farms in the Missouri Bootheel, is typically in a 50/50 rotation between rice and soybeans on 2,600 acres. For the most part, this rotation works well for him with the exception of a 45-acre field that has sandy, loamy soil in ... END_OF_DOCUMENT_TOKEN_TO_BE_REPLACED